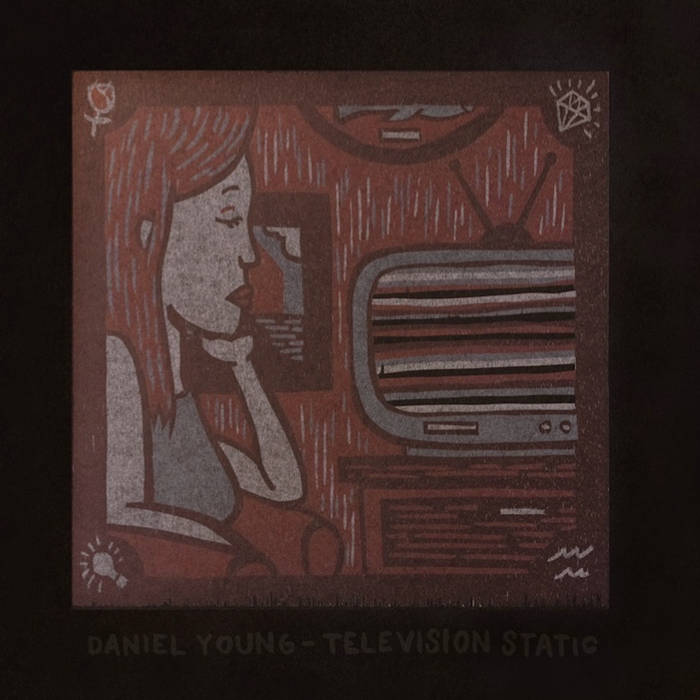 There's nothing sneaky about Television Static. This new record represents the most complete articulation of a vision Daniel's been seeing for many years. Recorded live over two days at his own Orchard Studio, It's full of loss and renewal, shocks of grief and stabs at redemption. Daniel's best work has generally avoided the autobiographical but this time round the doors are off the hinges and the house has spilled its secrets all over the lawn.

Musically, the bleary blend of country, rock & roll, and greasy blues is augmented by cosmic Dead-style extended jams, Burrito-worthy grooves, and West Coast melodicism. Like so many before him, Daniel has sought solace in desert places, including a pilgrimage to the Joshua Tree Inn to find the spirit of his idol Gram Parsons. Television Static bears witness of those spaces, those journeys. Go with him, if you can—you may not know it yet but you're probably heading there anyway.

Mastered for Vinyl by Kim Rosen at Knack Mastering

Daniel Young is a singer-songwriter, guitarist, drummer, sound engineer, and producer from SLC, UT. He grew up on the side of a tall mountain, and that sense of forceful elevation informs all of his work. Daniel's been recording and performing for over two decades—and he's not that old, which tells you much of what you need to know about his commitment to craft, about how deep this runs with him. ... more

Bandcamp Daily  your guide to the world of Bandcamp

Ashia Karana guests plus jams from across the globe from IAMDDB to Mndsgn and more.